In the previous message from Ephesians 4:1-6, we saw that the first aspect of a healthy church is unity. But we must remember that unity is not sameness. Every member of the church has different roles to play and gifts to bless the church.

Ephesians 4:7 says, “But grace was given to each one of us according to the measure of Christ’s gift.” Every follower of Jesus has received a gift, or grace as Paul refers to it. This is not saving grace, rather it is grace to serve and build up the body of Christ. The apostle Paul was given the grace to preach to the Gentiles (Ephesians 3:8).

We know these to be the gifts of the Holy Spirit for the equipping of the church. These gifts are listed in verse 11, “And he gave the apostles, the prophets, the evangelists, the shepherds and teachers.” These are specific spiritual gifts given to people in the church whose primary mission is to minister the word of God.

Each of these have the same value to God, but they share different roles. This is where we run into trouble, we hold on to labels as if they were badges of honor, rather than areas of responsibility.

Let us look at each of these gifts briefly.

Apostle: The word Apostle comes from the Greek word Apostolos and means “sent one”.

John Stott writes that there are three different understandings of the term Apostle used in the Bible.

1: There were the original apostles such as John, Peter, Paul, and the other disciples, obviously those apostles were unique and have not been replicated. Jesus had many disciples, but He selected twelve Apostles. A disciple is a “follower” or a “learner,” but an apostle is a “divinely appointed representative.” We do not have these apostles in the church today. Ephesians 2:20 explains that these apostles are the foundation of the church.

2: Since we have all been sent, because of the Great Commission (Matthew 2:19-20) applies to us all, we are all apostles of Jesus Christ. We have all be sent by Jesus.

3: And then there is the apostle that Paul refers to here. The Apostolic gift that Christ gives to his church, specifically to certain people in order to advance the Kingdom. They are the church planters, the missionaries, and the ministry pioneers.

Prophets: As we saw in Ephesians 2:20, the Biblical prophets, Jeremiah, Elijah, Ezekiel, and others are the foundation of the church. Those God used to forth-tell, to predict future events such as the coming of Jesus and his second coming.

A New Testament prophet is someone who proclaims the Word of God. In a real sense, preaching is prophesying. Taking God’s word and applying it to people’s lives (see 1 Corinthians 14:3).

The gift of prophecy today must always be confirmed and based on the declaration of the Word of God. Don’t base the direction of your life on what someone feels the Lord is saying to you, be careful to test a prophetic word through the filter of the Bible and then also allow God to bring it to pass.

Evangelists: These are the bearers of Good News, people going from place to place to proclaim the Gospel and win the lost. Everyone who is saved is called to be a witness, to share the message of the gospel, but some people are gifted as evangelists. The fact that a believer may not possess this gift does not excuse him from being burdened for lost souls or witnessing to them.

Shepherd: The titles of Shepherd, Pastor, Elder or Overseer are found in the New Testament and are often misunderstood. Jesus is the head of the church and the pastor serves under his leadership (Hebrews 13:20).

The pastor is not the church CEO, rather he is a gift God has given to the church to equip the church for the work of the ministry. The role of the pastor is to nurture, defend, protect, and sacrifice for the flock.

Teacher: In verse 11, the titles of shepherd and teacher are separated by a definite article in the Greek, and it is likely that this indicates an overlapping in function.

All Pastors teach, by nature of the function of the role, but not all teachers are pastors.

These are the 5 gifts that the Lord has given to the church, and as long as the body of Christ needs to be equipped for works of service, the gifts are still given by Christ to the church (Ephesians 4:12).

This is probably the biggest problem with the modern-day church. Our western church is primarily a consumer driven church and not a mission driven church.

Ephesians 4:12 makes it clear that the work of the ministry of the church is the responsibility of the members of the church.

As Paul states, disciple making is not the exclusive domain of pastors, rather discipleship is everyone’s job. The members of the early church took their responsibility to make disciples very seriously. The pastor is the equipper, and every member of the church is a minister.

Jesus commands you to look at the people around you and start making disciples. Obviously only God can change a person’s heart, but our responsibility is to be Christ’s ambassadors, his message bearers, in our communities.

Tony Merida writes, “Every member should grow up and use a towel, not wear a bib. They should not be immature consumers but eager servants.”

You have been given a gift by God, what are you doing with that gift? 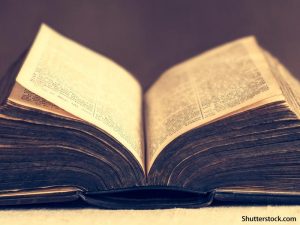 Over the next few weeks we are going to be looking at the life of the Apostle Paul. The man Saul, changes his name to Paul in to have a name that would not hinder his ministry to the Gentiles.

Saul, didn’t grow up as the great missionary, apostle and writer of almost a third of the New Testament. Saul was the exact opposite, but one day, God reached down and touched his life.

Born a Roman citizen to Jewish parents in 6 A.D. in the town of Tarsus, he was sent by his parents to Jerusalem to study the Torah under Gamaliel, one of the most prominent Jewish scholars of his time. Saul was so dedicated that at a relatively early age he was admitted to the Sanhedrin, which was the ruling group of Jewish leaders.

Saul was zealous and ambitious, probably in his twenties we read in Acts chapter 7, that when Stephen, the first Christian Martyr was stoned to death, a young man by the name of Saul, stood by and approved of his death.

Saul’s ambition drove him to persecute Christians, and he decided to go to Damascus to round up followers of the “Way”. As Saul gets close to Damascus, he is blinded by a light from the sky. This light is so powerful that it knocks him to the ground. And as he is lying there, a voice from heaven speaks to him. “Saul, Saul, why are you persecuting me?”  Saul had an immediate understanding, but he needed clarification, and the voice responds, “I am Jesus, whom you are persecuting.” Can you imagine the fear, guilt and the shame as Saul realized that Jesus was risen, and that he was the son of God?  It all made sense, he must have been in fear that surely Jesus would kill him now, but Jesus graciously doesn’t leave him there as he immediately continues, “rise up – go to the city and you will be told what to do”.

Jesus takes attacks on the church very personally. When we hurt a fellow Christian, someone who is part of the body of Christ, Jesus takes it very personally. Jesus feels the pain, when his body, the church is slandered, persecuted or ill-treated. Never think it is a small matter to ill-treat another believer, whether it is in business or gossip, it is always a very serious matter.

Saul encountered the risen Christ and it transformed him. Saul was blinded, so bright was the encounter with Jesus that he could not see. I believe that Saul didn’t just see a bright light, but he actually saw the risen Christ, what he saw was Jesus in his current glorified being. Jesus, the exact representation of the Father, is so glorious and so powerful that he is brighter than any sun, or any light we could imagine (1 John 1:5).

Saul later writing in 1 Corinthians 15 about the resurrected Christ, was speaking from experience. He was an eyewitness to the fact that Jesus rose from the dead in a resurrected glorious body.

Saul is led into Damascus, where he refuses to eat or drink, he is blind and trying to process all that just happened. He goes through this mourning period of 3 days. And just like Jonah who was in the fish for 3 days, Saul was being reborn, he was being born of the Spirit, being made new so that God could use him for His Glory.

A disciple is an active follower, not just a passive student.

Ananias was looking for people to win to Christ and to disciple. But I doubt he ever expected to encounter someone like Saul. Saul was praying, and his prayers were being answered as God directed Ananias.

Don’t ever think prayer is not the most valuable thing you can do with your time.

Ananias, knew exactly who Saul was and he responds with some hesitation, But the Lord said to him, “Go, for he is a chosen instrument of mine to carry my name before the Gentiles and kings and the children of Israel. 16 For I will show him how much he must suffer for the sake of my name.” Acts 9:15-16.

God chose Saul. Whether you agree with the doctrine of election or not, the apostle Paul in his later writings, made it abundantly clear that he was chosen by God and not the other way around.

Saul was called to be a suffering servant, Jesus made it very clear that Saul was going to be persecuted for his faith. But this is nothing new and a clear expectation of all who would follow Jesus as Lord (John 15:18-20).

As Ananias prays for Saul, something like scales fall from his eyes, these were a physical manifestation of the healing that took place, but the miracle of his spiritual eyesight was far more important. As Ananias prayed for him, Saul’s spiritual blindness was lifted, and he was able to see the truth that Jesus is the Son of God.

In verse 20 we have the evidence of Saul’s conversion, as he immediately began to tell others about Jesus. He went into the synagogues and declared boldly that Jesus was the Son of God. The priests had obviously heard about what had happened on the road, but now they were seeing the evidence of a life transformed by Jesus.

And the people ask the question, “Is this not the man?”  When you encounter Jesus, those around you should ask the same question. You may not have been a terrible person in the eyes of those around you, but the change in your life must be evident to everyone. Your priorities change, when it comes to how you spend your time and your money, people will notice your commitment to the things of the Lord.

Have you had that life changing encounter with Jesus, where he changed your priorities and your goals in life?

Saul had priorities and goals, being a driven man, he was motivated to eradicate Christianity. But when he encountered Jesus, all that changed, and he was never the same again.