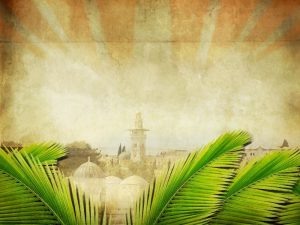 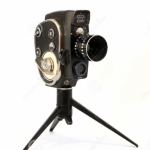 Have you ever been to an event or meeting and something happened that you didn’t expect or fully understand?

The Sunday prior to Easter is Palm Sunday, the day when we traditionally remember Jesus coming into Jerusalem one week prior to his crucifixion and resurrection.

Everything that Jesus did on that day made a statement, he was intentionally dropping hints along the way about his identity and intentions. Those witnessing the events, did not see the significance of what Jesus was doing. Jesus was following a script that had been written before the creation of the world (see John 5:19).

Jesus avoided the limelight, throughout his public ministry. Most of Jesus’ ministry happened outside of towns or in small towns, away from the center of Jerusalem. But on Palm Sunday, all of that changed. In Matthews Gospel account we see six signs that Jesus left indicating his identity and purpose.The first sign we see is that Jesus instructs his disciples to go and get a donkey and her young foal and bring them to him.

His disciples dutifully obeyed and went and got him this wild animal that had never been ridden before. Riding into the city was a public declaration that Jesus was a king (See Zechariah 9:9). In times of war a conquering king would ride on a chariot or a stallion, but Jesus rode on a colt to declare that he is a king proclaiming peace.

But aside from the obvious declaration, this animal had never been ridden before. Anyone who has worked with horses before would know that you cannot simply ride a wild foal, it needs to be broken in, unless the creator of the foal was the one riding. The people didn’t recognize the creator God, but the foal did, the animal knew who was riding on its back, and it submitted to the authority of Jesus.

The people reacted by spreading their cloaks in front of Jesus, this was a sign of honor for a king as we see in 2 Kings chapter 9. The fact that the people were waving palm branches showed that they didn’t grasp who Jesus was, and why he was coming to Jerusalem. Two generations before this time, the Maccabean revolt took place that liberated the Israelites from the Syrian oppressors, at that time the worship in the temple was re-established. By waving palm branches, the people were expecting a military ruler to free them from the oppression of Rome, they expected Jesus to be another warlord or general of the armies, one who would lead them to liberation from their oppressors. They were ready to pick up their swords and go to war if Jesus would lead them!

In verse 9 we see that the people were crying out, “Hosanna to the Son of David! Blessed is he who comes in the name of the Lord! Hosanna in the highest!”.

Jesus enters Jerusalem and the whole city was stirred up, little did they know what was about to take place. The greatest and the darkest day in all of history. Jesus goes to the temple and begins to turn over the tables of the money changers and the traders. Jesus then quotes the Prophet Isaiah and says, “It is written, ‘My house shall be called a house of prayer,’ but you make it a den of robbers.”

We easily miss the significance of what Jesus was doing, he was making a public statement that the sacrificial system was not needed anymore, he was about to become the perfect and final sacrifice for all who would put their faith in him. Jesus was passing judgment on the sacrificial system. Even today we still need to be reminded that there is only one sacrifice that gains us favor with God, and it has already been completed when Jesus died and rose again.

Jesus was intentionally making a declaration of his true identity. The irony is that the seeing people were the blind ones. The blind came to him, because they recognized him for who he was.

Remember at the beginning of Jesus’ ministry, he went to the synagogue in Nazareth and read from Isaiah chapter 61 (see Luke 4:18-19). Jesus was declaring who he was, but the seeing were blind.

The priests were very religious, but religion – a set of rules and regulations to earn salvation – that is not for children. Christianity is a true relationship with our heavenly father through Jesus Christ and children get that much easier than adults do. Jesus quotes King David from Psalm 8:2. There is power in the praise of children, but more than that, the children hear from God much clearer than we adults do. The children are the faith and prophetic voices for the church as we get so busy “doing church”. We get so busy doing religion, that we miss the power of the praises and prayers of the children.

Jesus made statement after statement, declaring his true identity, but all the people in Jerusalem that day missed what he was saying.

Do you know who Jesus is?

Perhaps you follow Jesus because of his miracles and what you can get from him?

Do you follow Jesus because it is your tradition?

The only way of salvation is through recognizing who Jesus is and then submitting to him as Lord of your life.

Seeing but not Seeing

The way we view the world around us is clouded by our culture, education and ultimately our worldview. We filter what we see, hear and read through what we have been taught or have seen and heard in the media, and if we are bold enough to admit it, we don’t always see things the way they really are.

In Jerusalem on the Sunday before the traditional Passover feast, the people of Jerusalem witnessed a world changing event, something that set in motion the greatest weekend in all of history. However, as we will see because of their worldview, and their cultural expectations, they were not able to grasp what was happening.

On that first Palm Sunday, Jesus rode into Jerusalem on a colt. The crowd was celebrating the long-awaited Messiah coming into the city, however Jesus was painting a visual picture, a parable for those who would look back on that day.

The account begins with Jesus instructing two disciples to go and borrow a donkey and her colt. Jesus gave the disciples the instruction in verse 3, that, “If anyone says anything to you, say that the Lord needs them, and he will send them right away.” Jesus called himself the Lord, he was saying that he was in control, and the sovereign orchestrator of the events. Not only was Jesus the Lord over the events taking place, and the events that were about to take place, he was also the Lord over all creation. Jesus rides on a wild colt, Matthew is the only Gospel author who notes this detail, but Jesus was riding on an animal that was never ridden before, amid a screaming crowd. Jesus was showing, just like he did when he calmed the storm, the creator is in complete control over his creation.

As Jesus rode down the hill to Jerusalem, the people threw down their cloaks on the road, symbolizing submission to Jesus as king (see 2 Kings 9).

The crowd broke branches and palm branches and waved them as Jesus went by. This was significant because this reflected a scene that took place in Jerusalem about 200 years before, during the Maccabean uprising against the ruling Seleucid empire and the Hellenistic Jews. This is a fascinating time in the history or Israel, but the palm branches became symbols of the revolt and the interesting feature of the Maccabean revolt is that after entering Jerusalem, the rebels, came into the temple and cleansed the temple of all the false idol worship. This is also what Jesus did as he went to the temple and cleared out the traders. The people must have seen the messianic symbolism and they began to ask the question which we find in verse 10, “who is this?” (see Matthew 21:9).

The crowd around Jesus had no doubt that he was the promised Messiah, the one who would set up his throne in Jerusalem, ushering in a new Kingdom and empire for Israel. But they were filtering what they were seeing through their worldview, they were seeing what they wanted to see. Jesus was coming to introduce the Kingdom, but not a temporary earthly kingdom, but to overthrow the works of the devil and setup the eternal Kingdom of God on the earth. Jesus was walking out a parable, and like most of Jesus’ parables, the people did not understand what he was saying (read Matthew 13:10-17).

The crowds on that first Palm Sunday wanted a Warrior King, they wanted the prophesied messiah to come and re-established the glory days of the nation of Israel. But we know that Jesus came as the suffering servant of Isaiah 53.

The crowd was seeing without really seeing, they were hearing but not understanding (Matthew 13:13).

Jesus knew that he was about to disappoint these crowds, he knew that they would be turning on him in a few days and calling for his crucifixion. But all the while as Jesus was riding on the colt into Jerusalem, he was thinking about you and me, he was thinking about the mission he was on. Jesus saw through the lens of heaven, he saw the purposes of God through all eternity.

But what about us? We know that Jesus came 2000 years ago as the suffering servant, entering Jerusalem knowing that he would suffer and die, and that God would raise him from the dead, to be the atonement for our sins, but what about Jesus today? Are we looking for a messiah to call on when we have a problem or need something to be made right? Are we only looking for a messiah who would make all our injustices right? Or are we really looking forward to the King Jesus coming to rule over the earth in justice and righteousness. Are we looking for a temporal messiah rather than the eternal Lord?

As we look at the world around us, there is a crowd gathering, a crowd of people waiting for a messiah, someone who would make all the wrongs of the world right. The world around us is looking for a political messiah or a military ruler who can correct all the evil in the world. But, Jesus won’t be that either. As we read in Revelation 19, when Jesus comes again, he will be the rider on the white horse. The next time Jesus rides, things will be quite different. He will no longer be a reluctant King riding on a colt. He will come in the clouds with great glory as the King of Kings and Lord of Lords – not as ‘king for the day,’ but as ‘King for all time and eternity.'”

Jesus spoke about the end times in Matthew 24, where Jesus goes on to describe the great tribulation, famines earthquakes, terrible unprecedented global disasters and persecution.

Sadly, the church is being deceived and losing its focus on the eternal Kingdom of God, rather the church is focusing on the temporal things such as wealth and prosperity.

Are you seeing but not seeing? Hearing but not understanding? Are you so caught up in the things of this present age, that you don’t even have a desire for Jesus to come again?

As Jesus was teaching in John 8 he said to those who believed in him, “…If you abide in my word, you are truly my disciples, 32 and you will know the truth, and the truth will set you free.” John 8:31-32.

Let us be a people who have a Biblical Worldview and an eternal perspective.