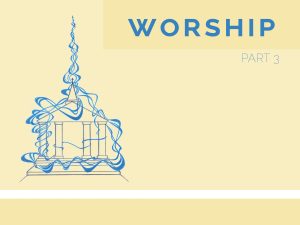 I recently read an article written by an atheist scientist who was proposing a radical end to life as we know it. His premise is that the earth will not be able to sustain the population within the next 30 years.

We have probably all heard this kind of argument.  Everywhere we hear the news that man is the problem. I want to make the Biblical case today to prove that man is not the problem, there is another cause driving mankind to destruction.

Reading Psalm 8 we will see that this particular Psalm speaks directly to us today in the 21st century and the moral challenges we face as a society.

This Psalm is known as one of the nature Psalms, David praises God’s greatness as he views all of creation. God’s glory is revealed in majesty throughout the universe. But David continues in this Psalm to state that mankind is the pinnacle and crowning glory of God’s creation, this is where the Bible clearly differs from those who view mankind as the problem on the earth.

David “bookends” this Psalm with the same magnificent line of praise; “O Lord, our Lord, How majestic is your name in all the earth!” The Lord’s name is majestic, and the attributes of God are part of His name (see Exodus 34). It is the name of God that carries power, majesty, glory and justice. In our generation it seems we have forgotten the third commandment (see Exodus 20:7). Oh that we would get back to the reverence and awe of the name of God in our society.

The second verse of Psalm 8, doesn’t seem to fit in the Psalm. David is writes about the vast universe, all the animals and the creatures of the sea; and then we have this verse about infants and nursing babies. The weakest and most dependent of society. It is through the weakest of the weak that God shows His power and majesty. Satan has convinced humanity that the unborn child is a mere piece of tissue, a collection of cells, but not a human being. If you ever needed another reason why abortion is evil, just read the rest of this verse; “to make the enemy and the revengeful cease”. Satan is determined to kill as many babies as possible through abortion, because each of them is a threat to him.

David continues by looking at the awesome vastness of God’s creation, he looked up at the stars and saw how small and seemingly insignificant man is. And then he begins to ask God, “what is man that you care for him?”

This is where the psalm begins to offend the post-modern mind, verse 5 says; “yet you have made him a little lower than God, and you crowned him with glory and majesty!”

Post-modern thought hates the truth of the Bible that says that mankind is the pinnacle of God’s creation. But the Bible clearly teaches that man is created in the image of God (see Genesis 1:26). Modern teaching has reduced mankind to an animal and rejected God completely, as a result the world is in chaos. The created order of God is out of alignment and sin reigns. This is all as a result of sin. When Adam sinned, he relinquished his authority over the created order and became a slave to sin. In the world today, we don’t have a mankind problem, we have a sin problem!

But that is not the end of the story! God sent his son, Jesus to come to the earth as a poor defenseless baby, weak and vulnerable. As Jesus lived among us, he exercised dominion over creation. He calmed the seas and the storms, he commanded fish and wild animals to obey him. No human has ever had such dominion over nature. Jesus was fully God and fully man, and he demonstrated to us all what it means to take dominion over creation. Jesus was God in the flesh, visiting his creation and by his death and resurrection he purchased the salvation for all who call on his name (See Hebrews 2:9).

There you have the truth. We have looked at eight short verses in Psalm 8 and I have made three points that are considered offensive to the thinking of post-modern man;

And as we continue along the path of humanism, these statements will only become more and more offensive to the world around us. But the truth is that the Kingdom of God is not like the kingdom that is currently reigning in the world. The kingdom of God takes everything and turns it upside down.

In the kingdom of God:

These are a few of the attributes of the kingdom of God, and our response can only be; “O Lord, our Lord, How majestic is Your name in all the earth!”

The truth is that we only begin to worship when we realize our absolute dependence on God.

Worship is not about having the right sound or the right songs, it is about a personal heart posture before the Lord. Remember Moses when God proclaimed his name; he simply bowed down and worshipped (Exodus 34:8). We need to live a lifestyle of worship. Worshiping God when we drive to work, worshiping God when we are resting at home, worshiping God as we go about our daily tasks. Worship is from the heart first and foremost and it all stems from a personal relationship with Jesus Christ.

As we meditate on that we have to simply fall to our knees and say, Father, what is mankind that you are mindful of them? Who am I that you are care for me?