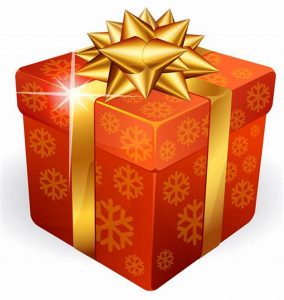 Have you ever been surprised by a gift on Christmas day? Most of us like surprises.

When Jesus was born he was not recognized as the Messiah. Nobody knows the exact day of the year that Jesus was born, but it should have been no surprise to the religious leaders and scribes of the day.

As we study the Old Testament we see that it all points to the coming Messiah, it is as if the Old Testament is a road that leads to the little town of Bethlehem, to a seemingly insignificant event on a global scale, a child being born who will be the savior of the world.

The Old Testament has over three-hundred prophecies by multiple authors and prophets pointing towards Jesus, most of these were completely fulfilled by the life of Jesus while he was here on the earth, some of them refer to the second coming of Jesus that we are waiting for.

Micah was a prophet of God in the eighth century B.C. and it is customary to read Micah 5 verse 2 during the Christmas season, but the verses that surround this verse seem to be disconnected and hardly seem to fit the Christmas narrative. As we look at the first four verses of Micah chapter 5, we see that the prophet is taking a wide, sweeping view of history.

Chapter 5 begins with a call to arms. The first verse mentions the city of troops; this is probably Jerusalem as the seat of power where most of the military were staying at the time. Micah writes that the city is under siege. Micah prophesy’s that this attack will succeed and that the enemy will strike the king of Israel on the cheek with a rod, a sign of humiliation.  Most scholars believe that this was foretelling the attack on Jerusalem by the Babylonians and the capture and torture of King Zedekiah. So, the first verse is a prophecy of the impending destruction of Jerusalem and the exile of the tribe of Judah which took place around 586B.C., an event that would take place around one-hundred years after the prophet Micah.

Then we have the very familiar second verse of Micah chapter 5, which refers to Jesus, the promised Messiah who will be born in Bethlehem. The name Bethlehem means “house of bread”, again we see a prophetic glimpse. Jesus called himself the Bread of Life and it is no mistake that he was born in a town with that name.

Micah also prophesies that this ruler’s origins will be from of old, from ancient times. The literal translation means, “days of antiquity”. The origins of this ruler will be before the beginning of time, one who transcends time, only God can do that.

At first glance, verse three refers to Mary and the birth of Jesus, however if we carefully study the phrase, “Israel will be abandoned until….”.  We have to draw another conclusion. Israel ceased to be a nation until 1948, when the Jewish nation was restored. The last part of verse 3 says; “and the rest of his brothers return to join the Israelites”, is something that we have seen taking place within the last 70 years.

Many scholars feel that the birth that is predicted by Micah, is actually the birth of the nation of Israel that we witnessed in the 20th century.

But then we come to verse 4. This promised ruler who is to come will stand, meaning that he will be established and unmovable as the King, there will be no challenge to his authority. He will shepherd his flock, and not only that, but his greatness will reach to the ends of the earth.

Micah is not writing about the first time Jesus came to the earth, he is prophesying about the second coming of Jesus. The time when Jesus will establish his throne and reign over all the earth. There will be no doubting his majesty and authority. Thus, in verse 4 we see a glimpse not only into the future of the prophet Micah, but also into our own future as we await the second coming of our Lord.

This prophet who lived around 2800 years ago, was led under the inspiration of the Holy Spirit to write these words that we have translated for us today. These are the words of God to us, as they were to the people of the tribe of Judah, who were about to be invaded by the Babylonians, and to the remnant looking for and awaiting the Messiah who came in the form of a little baby born in a stable in Bethlehem. These were the words of God that confirmed the re-establishment of the nation of Israel in 1948, and these are the words of God to us as believers all over the world. Words to encourage us to keep looking ahead, keep looking down the road because Jesus is coming back again. And when he does come back again all the world will recognize him, as Paul wrote in the letter to the Philippians chapter 2:10; “That at the name of Jesus every knee should bow, in heaven and on earth and under the earth,”

As we see with the prophetic writing of the past, people missed it. When Jesus came to the earth even the most respected scholars of the day completely missed it and were surprised by the birth of the messiah.

The Lion of the tribe of Judah is coming back to rule and reign in glory. The only question will be, are you ready, or will you be surprised by the second coming of Jesus. The only way that you can prepare for Jesus to come again is to submit to his lordship over your life, believing in the name of Jesus for your salvation and then to look everyday expecting his triumphant arrival.            (John 3:16)