He is Risen – the power of the resurrection 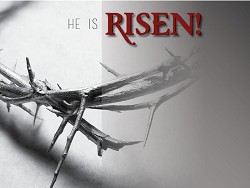 I love resurrection Sunday, spring is evident everywhere, the trees are blooming and new life is all around. It is as if nature celebrates our risen Lord along with us.

“Our Lord has written the promise of the resurrection, not in books alone, but in every leaf in spring-time.”

But two thousand years ago the followers of Jesus must have been emotionally destroyed; their best friend and their hope for future glory had been humiliated and killed like a common criminal. Jesus had done so many powerful miracles, but he simply did not respond to any of the questioning or the beatings. Why did he not perform a miracle? They must have watched him on the cross and hoped against hope that he would finally do something. Maybe they thought that Jesus was waiting for the right moment to get down off the cross and begin to conquer the might of the Roman Empire. But that was not to be. They heard Jesus cry; “my God, my God, why have you forsaken me. They went home that Friday night devastated and hopeless. 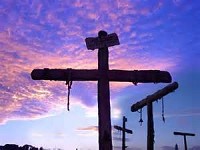 But then Sunday comes! Slowly the news is spread. First Mary, then the disciples saw for themselves that the stone had been rolled away and the body was missing. The angel appeared and told them that they were looking in the wrong place, Jesus was not amongst the dead, but alive. Jesus appears to the two disciples on the road to Emmaus, and then Jesus meets with the disciples in Galilee and after that to over 500 people.

In this text, Paul was writing to the Corinthian Church and needed to set some things straight. Corinth was a Greek city and the Greeks did not believe in the resurrection of the dead. The Greek philosophers considered the human body to be a prison and that nothing good is to be found in the flesh. Thus when you die, you were delivered from bondage, there was no resurrection. This attitude had invaded the church and still does today in the form of Gnostic heresies.

In the first 8 verses of chapter 15 Paul reminds the reader that this is the Gospel that he has been preaching all along, and they had believed him. What he received he passed on to them, not as a suggested way of life, but as of first importance! This was vital truth, Jesus Died, he was crucified and buried, but on the third day God raised him back to life and he lived on the earth for another 40 days appearing to many people, eating with them, touching him it was their reality and not a temporary dream.

Jesus is alive; this was not some mystical event or made up story. Paul highlights 3 proofs of the resurrection.

Since then resurrection is so important, it is no wonder it is the focus of attacks by Satan to cover it up and deceive people regarding the truth of the resurrection. Notice that the chief priests and the Pharisees wanted to make sure that the tomb was sealed and that Jesus was not removed from the tomb by his followers (Matthew 27:64). When the soldiers came and reported to the chief priests that the tomb had been opened, with a bright light and an earthquake that the body of Jesus was not in the tomb, the chief priests hurriedly paid them to change their story and fabricated a rumor that became widely told.

If Satan had been able to produce the body of Jesus then the story of Jesus and Christianity would have remained a dead religion and stayed in the tomb. But Jesus is alive and every sermon that the early church preached was about the resurrection- and that should be the theme and cry from every street corner and pulpit today. Jesus is alive! Jesus never said I am the cross, I am the dead sacrificial lamb, no; he said I am the way, the truth and the life. The bodily resurrection of Jesus is the determining factor in our salvation; it is our hope of glory.

Our lives are so wrapped up with the temporal, we struggle to make ends meet, or we struggle to pay off the debt we got into because we just had to have that new car or the latest cell phone, why? Just so that we can be noticed or have the latest gadgets. On this side of the resurrection everything is temporary; everything that we are striving to have will not be around in eternity. Only the things that we cannot see are eternal. An encounter with Jesus makes all the difference, our perspective changes; we begin to see things from an eternal perspective. The resurrection makes all the difference. Have you encountered Jesus?