Why does God speak?

Sometime in their lives every Christian asks the question; “how can I know the will of God for my life?” or “does God speak to me?” The answer is yes! 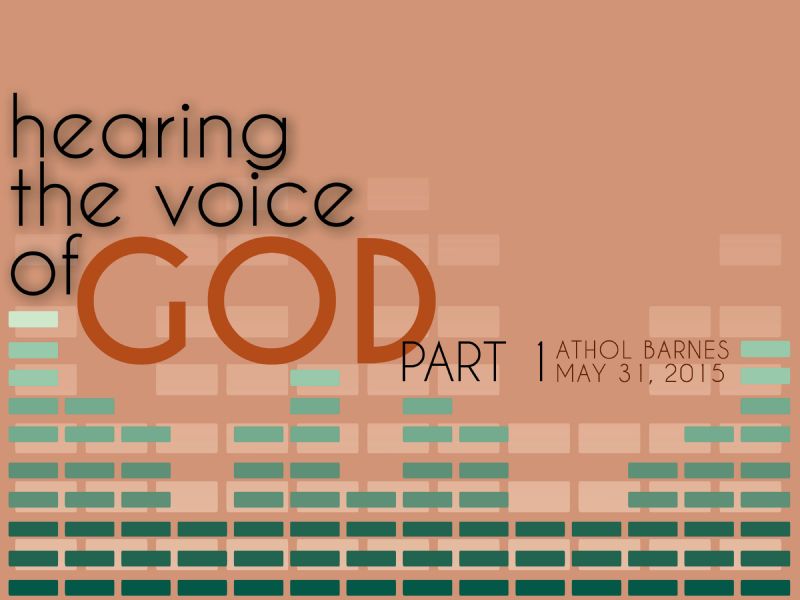 So we begin the series with the question; why does God speak? And our text is the well known story of the calling of the prophet Samuel.

This is such a wonderful story of God revealing Himself to humanity. This story highlights a turning point in the nation of Israel and their history. The period of the Judges was coming to an end, roughly 350 years around 1000 years before Christ, and the Lord began speaking on a regular basis through prophets as the era of the kings was ushered in. Samuel is a wonderful example to us of someone who was attentive and waiting on the Lord. He responded quickly each time the Lord called him and ran to Eli. It reveals a lot about his character and his eagerness to serve.

According to the ancient Historian Josephus, Samuel was about 12 yrs old at the time and he had been in the temple for 9 or 10 years.

The first verse of our text says that the word of the Lord was rare in those days. During the period of the Judges we only have recorded 2 prophets and 5 revelations. But all that was to change with this young boy Samuel, a young man who was eager to serve the Lord.

The part of the account in Samuel that is left out when we tell children this story is the fact of the sin of eli’s sons, Phinehas and Hophni, they had abused the privilege and responsibility of serving in the house of the Lord, and the Lord had rejected them as we read in chapter 2. They did not recognize the word of the Lord and rejected the correction of their father. But the Lord chose to reveal himself to Samuel, this young 12 year old had the humility and perspective that God was looking for, someone who could be used by God in a mighty way.

There are two primary reasons why God spoke to Samuel and these same reasons apply to us today;

God is personally calling people today who are waiting on Him to proclaim His word. God is calling people from all walks of life and all spheres of society to be his spokesman in their area of influence.

Today we are blessed by what Jesus did on the cross and the indwelling Holy Spirit. God speaks to each one of us individually. We need to position ourselves to hear from the Lord, being attentive and willing to respond when He does speak to us. It is important to note that God does not speak to us for our benefit only, but rather it is usually in order to instruct us to do something that will have an eternal impact in the Kingdom of God.

So how do we hear the voice of God? Today God primarily speaks to us through His word; the inspired word of God. As we read the Bible and meditate on the message of the Bible, the Holy Spirit reveals it to us. God also speaks to us through His Spirit in what we often refer to as the “Still small voice”, as mentioned last week, as a believer you have the Holy Spirit in you and is the promised Parakletos, the Counselor, or Advocate, or Helper.

I always have a journal during my early morning times with the Lord and I write down what He says to me, this is the developing of the relationship with God, he speaks through his word and through the Holy Spirit. Other examples of God speaking to us are through circumstances, through other Christians, or through nature. God is not limited by our understanding of Him and we need to be constantly attentive to hear His voice.

Remember the two reasons why God speaks to us;

1) To reveal God, his character and nature.

2) To give council and instruct us to do something.

There we have it in the words of Jesus, “He will testify about me” and then “you will testify also” because you have been with me – we can know God, God is knowable because of what Jesus did on the cross. God reveals himself to us and as we learn about him, trust him and grow in our love for him, we then begin to testify about him and tell others of the wonderful privilege we have in a personal relationship with Jesus Christ.