In the reading today we see Mary and Joseph taking Jesus to Jerusalem to offer a sacrifice. Earlier in the chapter we see a reference to the purpose for their visit to Jerusalem from Bethlehem. We read in Leviticus chapter 12 that a woman who gives birth to a son is ceremonially unclean and needs to offer a purification sacrifice at the temple on the fortieth day after the birth of the child. This could only be done in Jerusalem, hence their journey to the city.

In addition to this Mary was presenting Jesus to the Lord as per the requirements of the Law in Numbers 18:15-16. Parents were required to consecrate their firstborn to the Lord at the temple and then offer a sacrifice to God in order to redeem the child back. The standard offering was a young bull or lamb, however if the parents were very poor they could offer two young birds. Joseph and Mary offered the birds as a sacrifice, which gives us another indication of the poor and humble family into which the Son of God came. 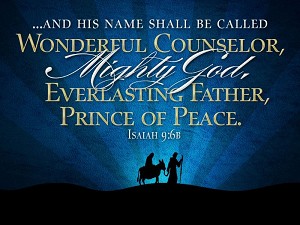 As Jesus is brought into the temple, probably Joseph and Mary were a little shy and feeling embarrassed because they could only afford the poor offering, this probably old man comes up to them and grabs Jesus in his arms and begins to sing a hymn at the top of his voice. Praising God and prophesying aloud. It must have been a bit disconcerting to say the least. Here they were wanting to get in and out quickly, trying not to be noticed, and this man they have never seen before begins to draw attention to this baby Jesus.

We know very little about Simeon, this is his only cameo we have of him in the Bible. We do know that he was a faithful Jewish remnant, who was waiting and believing in the Old Testament prophecies regarding the coming messiah. He was a righteous man who was waiting for the consolation of Israel, that means the redemption or freedom of Israel. The Holy Spirit was on him. For four hundred years, God had been silent, and all prophecy had ceased, Israel hardly remembered what a prophet was or did, but here was a man moved by the Holy Spirit, sensitive to the Holy Spirit. He was watching and waiting, he believed in the promises of God. Simeon must have been an exceptional man. Probably an outcast amongst society and probably an outcast amongst the religious community and the Pharisees of the day.

He had been promised by the Holy Spirit that he would see the Messiah before he died and he lived for that day. In fact it had been his burden to bear, he was laboring through life, waiting for this day, never giving up hope. He was literally ready to be released of the burden of this life, he was ready to go home. Simeon knew that he was not a citizen of this world.

All those around Simeon at that time were waiting for the Messiah and hoping for the political deliverance from the Roman empire, but I believe that Simeon understood the greater significance of Jesus. He was led by the Holy Spirit to sing a song that included in verse 32 a reference to the salvation of the Gentiles. This must have sounded so strange to those who heard him. Can you imagine being in the temple at that time, everyone there hated the Romans and despised their occupation, and here was this crazed old man who was declaring that this baby Jesus was the light for revelation to the Gentiles? It was probably the last thing they wanted or expected. But Simeon, being led by the Holy Spirit was aware of the bigger picture, he had an eternal perspective.

This song of Simeon, as he held Jesus in his arms, has glimpses of the great commission that Jesus would give some 33 years later. He talks about Jesus being a light for all nations, not just the Jewish people. The coming of Jesus changed everything. The Jewish people would need to have a change of perspective, a complete paradigm shift.

We need to be like Simeon, he was doing three things that we can do: