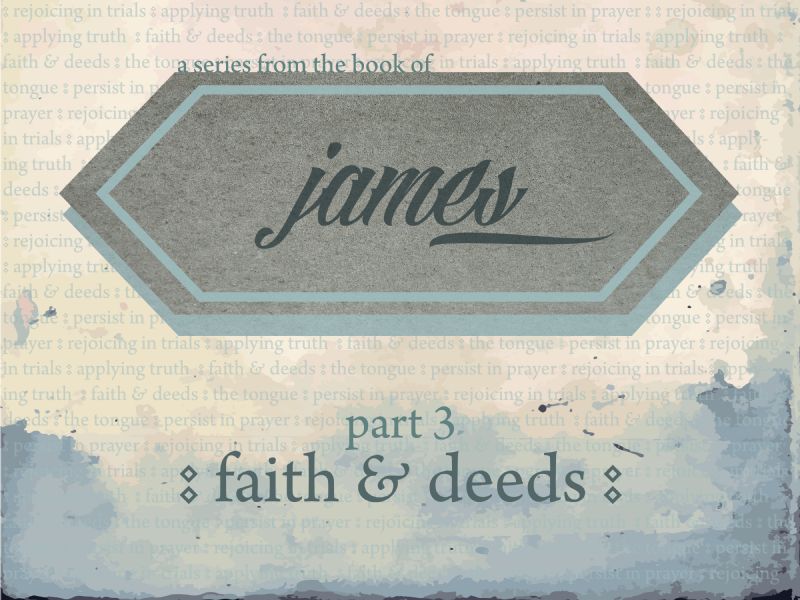 There has been a great deal of discussion and comment regarding the apparent disagreement between the writing of Paul and the writing of James. We read in James 2:14; “You see that a person is considered righteous by what they do and not by faith alone.”

But Paul writes in Romans 3:28; “For we maintain that a person is justified by faith apart from the works of the law.” This is what we believe that by what Jesus did on the cross, we can be forgiven and become righteous in God’s sight, not of anything we did to deserve it. That is the glory of the cross and the majesty of the grace of God. The beginning of all of our lives as Christians is that we are justified by faith alone.

So it seems that James is contradicting Paul. But we cannot take one verse of any writer in isolation and base our case on that, we need to see what else Paul wrote on the subject of faith and works. In fact, Paul became aware that his teaching on Justification by faith alone was being distorted and abused. People were taking what Paul wrote to the Roman church and saying; “if I sin, then the grace of God increases, because he forgives me all the more, and thus God gets more glory!” (Romans 3:7-8)

This is another example of Satan taking a good instruction and perverting it, by twisting the truth just a little. But Paul actually responds this this distortion of his teaching in just about every letter he writes after the book of Romans, virtually all his letters show that good works and love necessarily flow from real justifying faith in the work of Jesus Christ (see Galatians 5:6 and 13).

So we see that Paul is saying, you start with justification by faith alone, but then the product of that will be serving one another and demonstrating love. But let’s understand one thing, works that we do, the good things that we do, do not count in our favor with God. Rather the only thing that counts with God is faith, saving faith in the cross of Christ. What Paul clarifies and James also says is that faith in the cross of Christ gives us right standing with God, but then out of that flows love and good deeds that demonstrate the completed work of Christ in our lives.

In fact what Paul is against is the works of the law, the religious rituals of dietary rules, circumcision, and Sabbath keeping as a form of salvation as we see Pauls letter to the Galatians chapter 3-4. For Paul, faith was way more than simply belief in orthodox doctrines, but a commitment to Christ. Unfortunately this is still prevalent today in our culture, people have an intellectual belief in Christ, but not a heart belief. They believe in the facts and historic Christianity, but they don’t have a saving knowledge and faith in Jesus Christ.

Then James uses two examples from the Old Testament to make his point clear, to show that real faith is demonstrated by a changed life.

Firstly James mentions Abraham, we read in Genesis 15 the salvation experience of Abraham. During an encounter with God, Abraham is taken outside at night, and God tells him to try to count the stars, and the he will have as many descendants as the stars in the sky. Abraham believes God and Genesis 15:5-6 tells us that his faith was credited to him as righteousness – a perfect and right standing before God.

Abraham did not work for this righteousness, he received it as a gift from God. He was justified by faith. We see in the life of Abraham how he lived as a man of faith, his actions displayed his faith. James mentions the account from Genesis 22 when God tests Abraham and instructed him to sacrifice his own son, the son of the promise. Abraham obeys, and God intervenes to stop the death of Isaac, but Abraham was not saved by passing this test, rather passing of the test was proof of his justified position with God by faith. 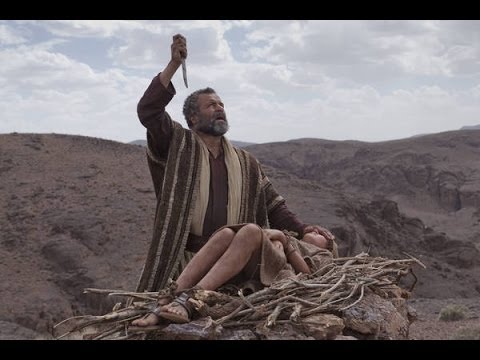 Then James goes to the opposite end of the spectrum in verse 25, he mentions Rahab. Rahab was not heroic like Abraham, she was not of good character. Yet Rahab, when she heard the spies, she knew and believed in the God of the children of Israel. She believed that her city was condemned, she went on to demonstrate her faith by protecting the spies. As a result of her actions, she and her family were saved.

Her mind knew the truth, her heart was stirred by the truth and her will acted on the truth.

So why do some people respond to the Gospel message and some simply have a faith that is stagnant and dead? Jesus tells a parable that explains this perfectly, the parable of the sower and the 4 soils that is found in Matthew 13. 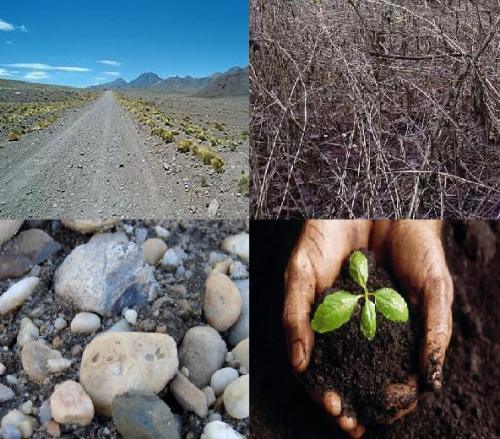 In the Parable of the Sower Jesus described four kinds of soil. Only one out of four represented those with saving faith, the kind of faith that produces fruit.

Which soil represents your life?

An authentic lifestyle of faith does not only happen on a Sunday morning – it must permeate our lives and affect the way we live from day to day. How we speak, how we react when placed under pressure, how we respond when unjustly treated, how we care for the poor and the broken in our community.

This is a living faith, a growing faith and it is a dangerous faith, it simply must affect everything that we do. We step forward, not because we can do it, but because God tells us to, and we trust him for the resources and the strength.

Living a life of faith will always look dangerous, but it is never risky!