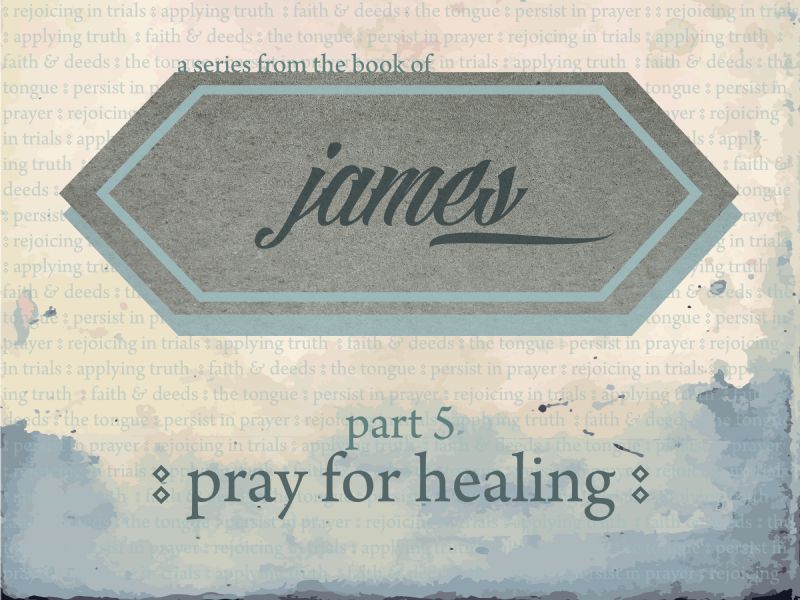 “Satan dreads nothing but prayer. His one concern is to keep the saints from praying. He fears nothing from prayerless studies, prayerless work, and prayerless religion. He laughs at our toil, he mocks our wisdom, but he trembles when we pray.”

But as we close our series on James, we come to two of the more difficult and controversial passages in the Bible, James 5:14 & 15.  This passage has been dealt with differently across the centuries; for example the Roman Catholic Church uses these verses as the basis of their practice to anoint a dying person with oil. But this doesn’t seem to fit the context, where James clearly says that the sick person will be made well.

Then we have those who believe that this only applies to the first century church and that we do not live in an age where God works in this way anymore, since we have access to modern medicine that negates our need of supernatural healing. I have multiple problems with this theory, not least of which is the fact that I have experienced supernatural healing myself and I have seen many people physically healed.

Then there is the other end of the spectrum, which is equally dangerous and that is the categorical claiming of healing. The proponents of this practice claim that if we have enough faith. The danger of this is the broken hearted people who come away disappointed that they have not been healed and have been told that it is their own fault that they were not healed. I cannot see the character of our Heavenly Father in that approach.

But as we read these verses, it is clear that James does not expect anything other than healing. He makes a clear categorical statement in v 15; “And the prayer offered in faith will make the sick person well;” James does not give a time frame, but he says the healing will take place. As we study this topic it is important to look at the rest of the Bible. We don’t have to look further than the book of Job to see someone who went through incredible pain and suffering, without any relief for a long period of time. And again we see in 2 Cor 12, how Paul was given a thorn in the flesh, some kind of painful ailment that tormented him. Three times he prayed earnestly and agonized in prayer over this ailment, but the Lords response was; “My grace is sufficient for you, for my power is made perfect in weakness.” So both Job and Paul understood that the pain and suffering they were going through was at the will of God and that ultimately He was working all things for His glory. 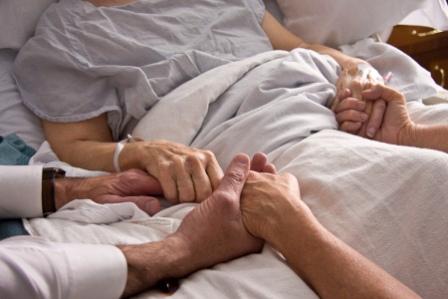 With all that said, God can and chooses to heal in answer to prayer – that is how He works. We must never give up praying for the sick, we must be a people of faith and a people of prayer, we need to wrestle with this and apply it to our lives.

But what is the prayer of faith? We find the answer in 1 John 5:14 & 15. A prayer of faith is a prayer offered when we know the will of God, when we have spent time with God in prayer, discerning His will in the matter and then praying accordingly. Jesus also told his disciples that he never did anything apart from what The Father told him to do. Jesus never did anything outside of the will of the Father.

James also highlights the connection between sin and sickness as we see in verse 16. I want to make it clear that not all sickness is a result of sin, Jesus made this clear in his ministry as he healed the man born blind in John 9. But sin can cause sickness as Paul warns us in 1 Corinthians 11. God is more invested in the condition of your soul and your eternal salvation than he is in your temporal physical condition. He is going to allow sickness in your life to get your attention, repent and to bring you back to him. If you are sick, and the Holy Spirit reveals sin in your life, then confess it, make right with God and James assures us that you will be healed. Let’s get the right perspective here. We focus so much on praying for the sick, when often we need to be praying for their salvation.

God does heal today and prayer makes a difference. God our Heavenly Father loves it when His children come to him in humility and faith. We can have faith because by the cross we have the right standing with God, so that we can come before the throne of the Creator of the universe.

The key is faith, faith in the sovereignty of God. God is sovereign in all matters, but we must still come boldly in prayer – asking for healing. Relying on the promises of God’s word.

Saying that God is sovereign is not an excuse for not praying. Rather let’s pray boldly and ask for what we want, pray specifically for healing and then allow God to work in the individual’s life.

Let us never shy away from praying for the sick, because we don’t want to fail – God never fails, it is not up to you. He can defend Himself.

Let us never shy away from praying because we don’t feel qualified. If you have made Jesus Christ Lord of your life – you are a child of the King and He delights to hear from you in prayer. The blood of Jesus bought your access to the throne, don’t be hesitant to use that access.