Be Still and Know that I AM God. 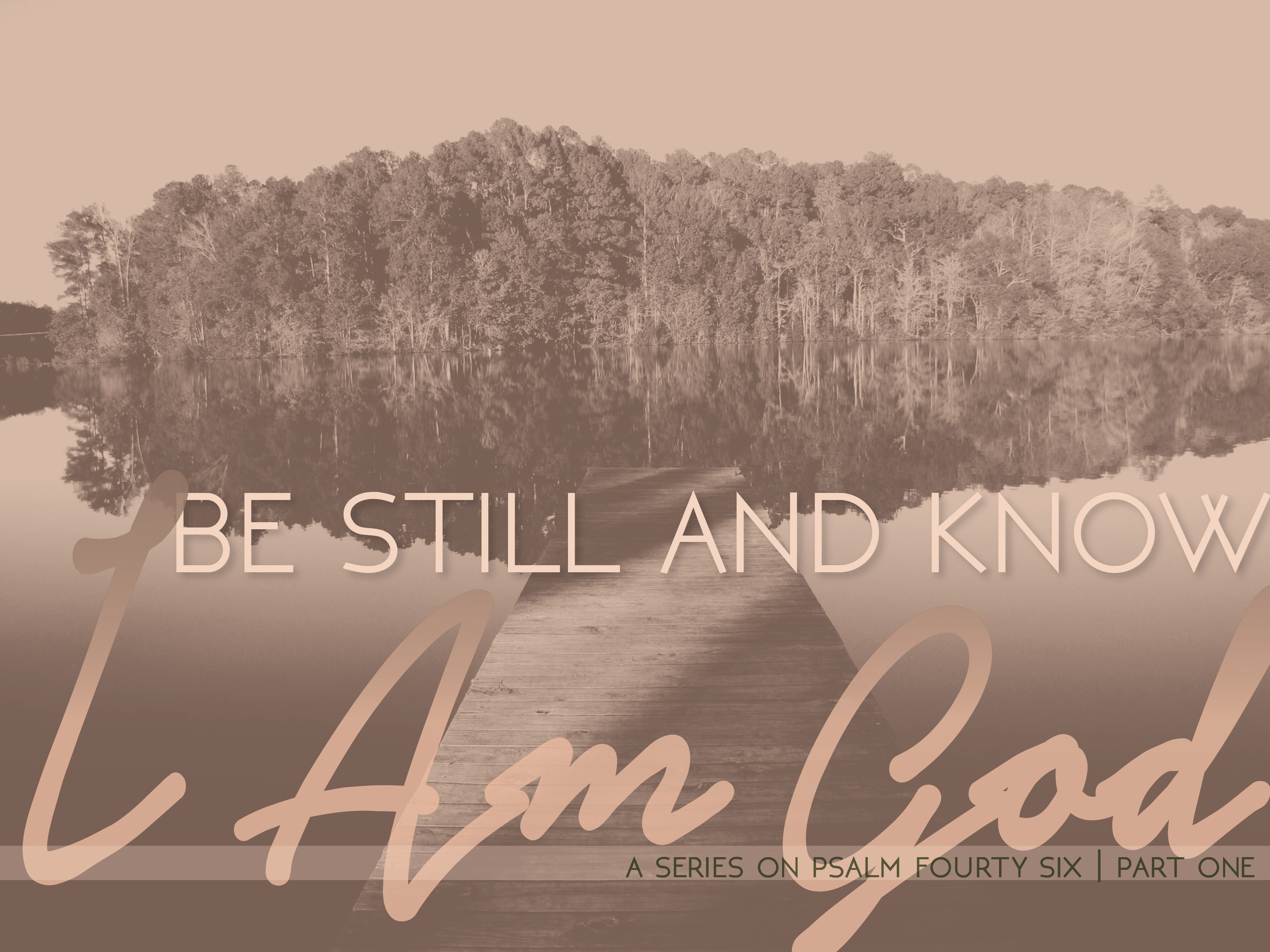 Here we are once again at the brink of a new year, a year that will be filled with unexpected things. We don’t know what lies ahead, what joys, sorrows, victories, defeats, good days and bad days.

Looking at Psalm 46, it is clear that this Psalm was inspired by some event that took place at that time and the general consensus is that the Psalmist was writing about an event that took place around 700 BC. The Assyrian army under Sennacherib had marched on Jerusalem, to attack and destroy the city. This took place under the reign of King Hezekiah (see 2 Kings 18 and 19).

The situation looked terrible, the greatest army in the world was laying siege to Jerusalem, Sennacherib was breathing threats of terrible things, and the people were in fear. There was no hope for deliverance, all would surely be lost. But the Lord had raised up this man Hezekiah as a man of faith. When Hezekiah received a letter of ultimatum from the invading Assyrians he did something only a man of faith would do, we read in 2 Kings 19:14; “Hezekiah received the letter from the messengers and read it. Then he went up to the temple of the LORD and spread it out before the LORD.” And few nights later, the angel of the Lord attacked the Assyrian camp and killed 185000 soldiers. When the people woke up the next morning they witnessed the incredible devastation inflicted by the angel of the Lord.

Psalm 46 starts out with that wonderful line; “God is our refuge and our Strength”. God is on our side. He is for us. Refuge indicates a safe place, a place of peace and comfort. God is a mighty fortress, and we can run to him for protection and safety (see Proverbs 18:10). And God is our strength. God is all powerful – our feeble minds have no real grasp of what that means. God is on our side, and will fight for us. The psalmist goes on to say; “an ever present help in trouble”. Literally meaning that God is able to win the victory, and he is ever present, even when the clouds seem the darkest, God is our ever present help.

We live in a day and age that is controlled by fear. Every day we encounter something that we are told we need to fear. But as we look at this Psalm, it seems that in light of all the evident things that one has to fear, the Psalmist wants to make a big statement (see v2 &3), we have a picture here of cataclysmic events; mountains breaking apart and falling into the sea, the sea raging as a tsunami results from the earthquake, no one is safe, no amount of financial security can protect one from this kind of natural disaster. The Psalmist intentionally raises the fear hype to a ridiculous level in order to show that no matter what we fear, no matter how bad things seem to be, God is still on the throne, He is still our refuge and strength.

Jesus had the final word on fear, he made a statement that puts all fear in perspective; Matthew 10:28;”Do not be afraid of those who kill the body but cannot kill the soul. Rather, be afraid of the One who can destroy both soul and body in hell.” Note this is a command; “do not be afraid!” Proverbs 1:7 states; “The fear of the Lord is the beginning of knowledge.”

We have this crescendo of dramatic destruction in verse 2 and 3, and then there is a shift in the Psalm, verse 4 and 5, explain why those listening to this Psalm can have refuge. The Psalmist goes from crashing waves to a calm stream, we have a picture of Jerusalem, with God in her midst. God living in the midst of the people, giving them peace and calm. The Assyrians, were outside the city, building siege ramps, but there was peace in the city of God. The same goes for us, we who have made Jesus Christ Lord of our lives have the Holy Spirit living in us, the same God who calmed the fears of King Hezekiah, the same God who calmed the stormy sea of Galilee, is the God who is able to bring peace into your life in the midst of the raging storm.

But then the victory comes in verse 8 and 9, the sudden destruction of the Assyrian army by the angel of the Lord. Smoke coming up from where the camp of the enemy once stood, and bodies everywhere. Can you imagine the relief, the wonder and praise for God. There must have been a celebration going on. Then there is verse 10; “He says, “Be still, and know that I am God; I will be exalted among the nations, I will be exalted in the earth.” God reminds the people, the Great I AM has one the victory.

The Psalm ends with a reminder that God is with us! We see this echoed in the words of Jesus in Matthew 28:20.

So what is your fear today?

Paul writing to Timothy says; “For God has not given us the spirit of fear; but of power, and of love, and of a sound mind.” The same God who destroyed the Assyrian army, the same God who inspired this wonderful Psalm, is your Heavenly Father, and he wants to calm your fears today and give you peace.