The Attributes of Revival 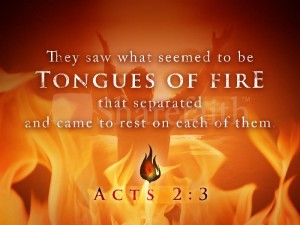 The author of the book we are studying, Selwyn Hughes is from Wales. Wales is known at the land of revivals. The have had a number of well documented revivals, particularly in the 17th century and in the early twentieth century. The Welsh revival of 1904 was the most well known.

Last week we began looking at what is revival and we looked at a number of definitions for revival. We heard the quote; “revival in a definition is like David in Saul’s armor, it just doesn’t seem to fit.” Revival still remains one of the great mysteries of Heaven.

But for every true revival there seems to be three primary characteristics that are common to each move of God;

The Welsh revival of 1904 had all three of these characteristics present.

One of the most amusing situations that arose as a result of the revival was in the coal mines. Miners would fall to their knees while working in the mines and cry out in repentance for their sins. So great was their awareness of their sin. That was the power of the work of the Holy Spirit. But as these miners gave their lives to the Lordship of Jesus, they stopped swearing. Herein lay the problem. The pit ponies in the mines were used to the foul language and they would not respond unless they heard the familiar words from the miners. The miners had to teach the ponies a new language. The ponies experienced the effect of the revival.

In the towns and villages there was a new respect for law and order – the revival impacted the wider community. Crime stopped, and for many weeks, magistrates did not have any cases to hear.

If we look back to Pentecost in Acts 2 and verse 37-42, we see this kind of repentance and desperation from the people who were moved by the power of the Holy Spirit. They were literally cut to the heart.

So we have spent three weeks looking at defining revival, what it is, what it is not, and the reason we did this is well stated by Selwyn Hughes as he writes; “I am concerned that unless we have a clear understanding of what revival is and what it is all about, we may easily settle for less than God wants to give us.