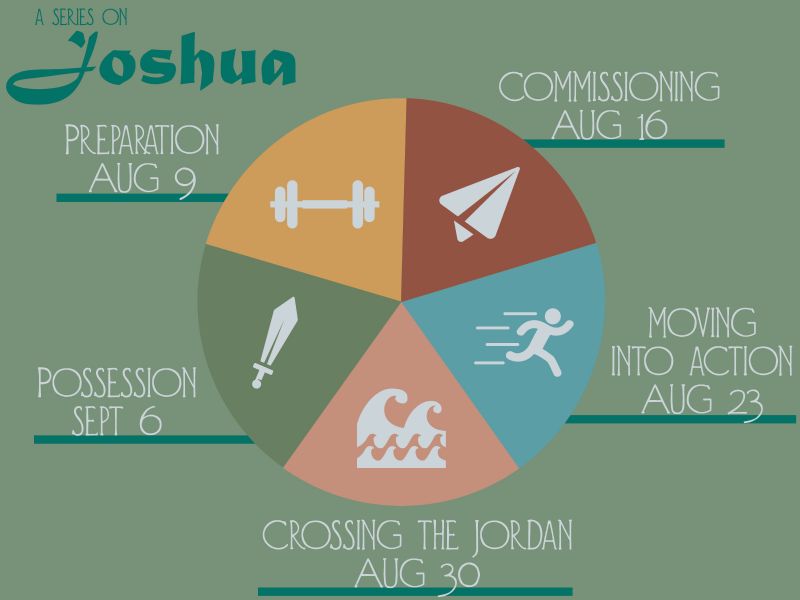 40 years of wandering, setbacks, disobedience, and miracles have culminated in this event. Everything that the Children of Israel knew and did was about to change, the promises that they had heard were finally coming true. We read an interesting note in verse 4; “4 Then you will know which way to go, since you have never been this way before.”

At first this statement sounds obvious, while we agree that they had never crossed into the land of Canaan before, hadn’t they previously been wandering for 40 years in places that they had never been before? So with that in mind, it was obvious that where they were about to go would be new and uncharted territory.

But why then did the Holy Spirit inspire the writer to record this sentence for us? But there is great significance in this sentence. Remember that throughout the wandering through the wilderness for 40 years, the people had a pillar of cloud by day and fire at night. We read this in Numbers 9, the cloud would rest on the tent of the tabernacle, and whenever the cloud lifted, the people would break camp and move on, where the cloud stopped, they would camp. For 40 years that was the routine, follow the cloud, the presence of the Lord. But now Moses was dead, and the cloud was no longer with them. Now they were instructed to follow something else, they were to look and follow the Ark of the Covenant. There was a new way of living, a new way of walking in obedience to God.

This is so important for us to note today, the world is a rapidly changing place, and a lot of the traditions that served us well in the past, do not speak to our community and culture the way that they used to. We are living in a society that has rejected God, and thrown all reference to God out of the public arena. We are entering into a new season, none of us have been this way before.

The Ark represented the covenant and promises of God, it was also a testimony to the faithfulness of God, and the people were instructed to follow it in faith. They had to follow in faith. As I mentioned last week, this was springtime and the Barley harvest, the river was in flood and represented an insurmountable obstacle. How were they going to cross the raging river with women, children, young, old, and all their livestock and belongings? Notice Joshua addresses the people with complete faith and courage, he says in verse 5; “Consecrate yourselves, for tomorrow the Lord will do amazing things among you.” And then in verse 13; “And as soon as the priests who carry the ark of the Lord—the Lord of all the earth—set foot in the Jordan, its waters flowing downstream will be cut off and stand up in a heap.” What a declaration of faith. Joshua was being strong and courageous. He did not waiver or wait to see what would happen, he did not have a “plan b”. It was all or nothing. 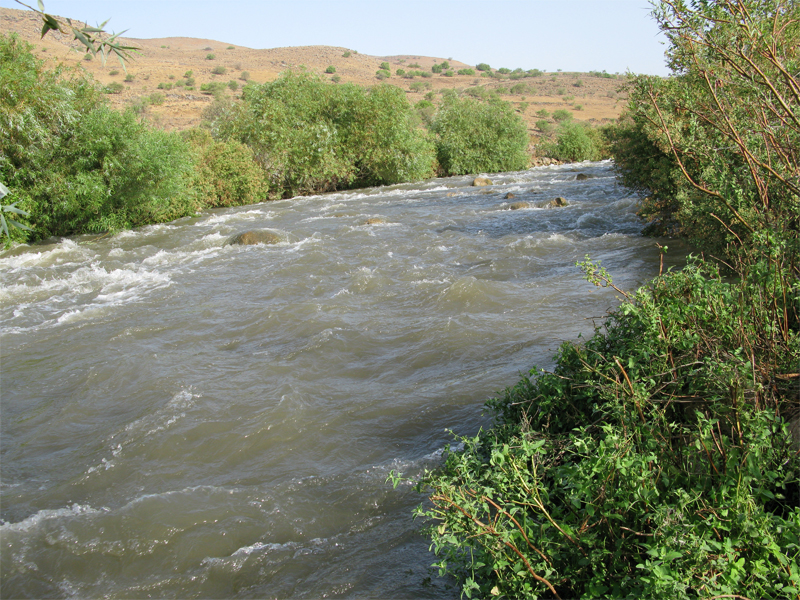 Looking at Joshua’s instructions from a logical and realistic approach, he was not being a very responsible leader. But the Bible is full of examples of God telling people to do things that make no sense. Just look at Jesus in John chapter 9, he saw a blind man who was blind from birth. Jesus heals him, but note how he heals him. He spits on the ground, makes some mud and tells the blind man to go and wash in the pool of Siloam. Jesus doesn’t follow him, or lead him, the blind man simply goes in faith, does what he is told and he is healed! Paul writing to the church in Corinth in 1 Corinthians 1:20 states; “Where is the wise person? Where is the teacher of the law? Where is the philosopher of this age? Has not God made foolish the wisdom of the world?”

For the uncertain times ahead and the days that lie ahead, we might not always understand and see the reason why God has us doing certain things. We look at the Jordan River and say, well it is too deep, too rough, and we cannot possibly cross. God understands that we cannot cross, but instructs us to walk to the edge and put our feet in the water. Just take that first step, let Him do the miracle.

In everything God asks us to do, there is a very small part that we have to play, and the big miracle that He will accomplish. Our part is obedience.

Today as we look at the world around us, God calls us to take a step in faith, we don’t know what tomorrow brings. For the children of Israel the prospect of the Promised Land was filled with uncertainty and all they knew was that they were going to have to fight many battles for the land.

I want to challenge you to step out in faith, put your foot in the water and see what God will do. We need to have faith as a church; the greatest blessing comes in faithful obedience. All around us we see obstacles, but God knows that these obstacles are merely an avenue for him to be glorified. Do you want to see God glorified? Are you ready to step out in faith? If so, let us commit together to stepping out in faith.