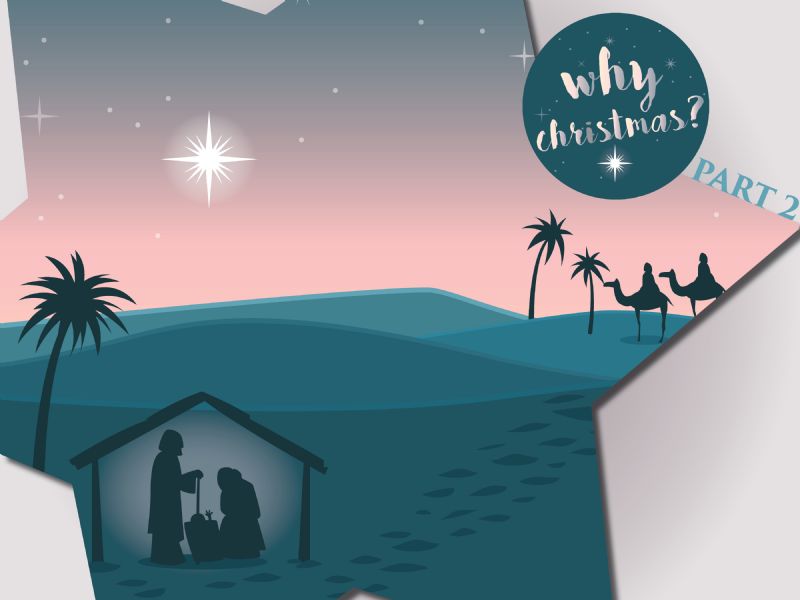 Why did God decide to intervene in History at the time he did? It was a campaign to bring freedom and salvation into the world, to provide a way to reconcile man to God, so the timing had to be perfect, the pieces had to be in place. As with any military or political campaign, timing is everything. The creator of all things was on a mission to set the captives free, Jesus came to a world enslaved by sin, to set us free. The timing of this mission had to be perfect. “But when the time had fully come, God sent his Son” (Galatians 4:4). What made this the perfect time?

Let’s look at the pieces that were in place that made this time in History perfect for Jesus to be born. The Roman Empire ushered in a time, when for the first time in history, all the nations and peoples of the known world in the Mediterranean region, were unified. This started under the Greeks as Alexander the Great brought all the nations together, and the Romans continued to expand this development by building an incredible system of roads. Transportation linked people groups and nations that previously had no contact with each other. Sailing ships were developed and the vast distances of the Mediterranean were explored; Egypt, Italy, Syria, and Spain were all now connected. All of these developments paved the way for the message of Jesus Christ to be easily spread by word of mouth and letters.

There was also the period in world history of unusual peace, from 27BC to 180 AD, known as Pax Romana. The Roman Empire was stable and there was a relative peace across the known world, Prince of Peace came at a time of peace in the World.

Another major factor was Language. The Roman Empire was influenced by the Greek Empire, and the common language across all of the empire was Greek. The Jewish people adopted Greek, and it became the common trade language. Language experts say that Hellenic Greek was one of the most articulate languages in history. A perfect language for the greatest story ever told.

When the time had fully come- God set the timeline, and He is still setting the timeline as we await the second coming of Christ.

So we can see why Jesus came when he did, but why Bethlehem?

Why should this place be the location for the one born who was to be the savior of the world?

Bethlehem was not a major city of any importance. But when Jesus was born there, it became the most important town on the face of the earth. Looking back in the Old Testament, we see that Bethlehem has quite a legacy. One of the first pieces of history we read about Bethlehem is that Jacob’s wife Rachel was buried there, as we read in Genesis 35. She died giving birth to Benjamin, Joseph’s favorite brother.

The story of Ruth and Naomi also takes place in Bethlehem, and remember that Boaz, married Ruth and was the great grandfather of King David.

In 1 Samuel 16, we read of the prophet Samuel, anointing a young shepherd boy, David, who became Israel’s greatest King and a man after God’s own heart. That is why Luke in his Gospel calls Bethlehem the town of David, in Luke chapter 2. The name Bethlehem, means House of Bread, and Jesus was well aware of that when in John 6:48, he says; “I am the Bread of Life”.

These are just a few examples, but we see a thread running through the Old Testament, that ties Israel to this little town.

So why Bethlehem? It would seem that for most of History past, up until Jesus was born, God had been preparing this place. There was a preparedness and a readiness about Bethlehem at that time. It was the culmination of History.

For Christ to be born in Bethlehem at that time in history was not an accident. All the pieces were in place, the little town of Bethlehem was ready, History was ready; the fullness of time had come for the arrival of God’s Son.

So we come to our last question today – Why are you and I here at this time in History?

Time is one of the most precious commodities that we possess. But the truth is that we don’t possess time, we are given time with the purpose of stewarding it. In other words, each of us is given a certain amount of time, and we are entrusted with that time by God. He places it before us, we can choose to use it wisely, or we can simply sit back and let it run by like water running down a hillside stream. The Psalmist David writes that God gives us a certain amount of days, and even writes them down before we are born as we read in Psalm 139:16.

So why are we here today; December 13 2015? Paul writing to the church in Ephesus writes; “For we are God’s handiwork, created in Christ Jesus to do good works, which God prepared in advance for us to do.” (Ephesians 2:10). If you are have made Jesus Christ Lord of your life, you are a son and daughter of the King, and you were created in Christ, to do good works, that He prepared in advance for us to DO!

This specific day in December in 2015, is only here for a moment in history, God placed you in that moment, with a purpose, with a mission. A mission that only you could fulfill. Do you know that mission?

But there is another component to this line of questioning, we ask why are we here at this time in History, we must also ask, why am I here? Why am I here in Kansas City? I have absolutely no doubt in my mind that I am in Kansas City, because God has called me to serve Him in this city. Along my life’s journey, I have often asked the Lord, why am I here? I believe that this is essential for us as Christians, we need to know our purpose, and know why God has called us to serve him in a particular place at a particular time. We can so easily drift along with no sense of purpose.

Do you know the call of God on your life?