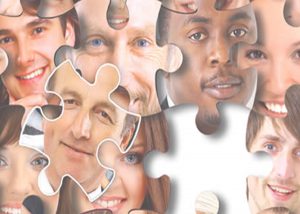 A fascinating subject is the study of generations, how we classify people according to their age. If you have a certain amount of gray hair then our assumption is that you process decisions a certain way, if you are under a certain age, you may fit into a certain category of people. Because of these assumptions, we divide ourselves and others into generations.

Sociologists study these categories, and due to the incredible information age in which we live, the generations are changing quicker and becoming more segregated than ever before. Today in our churches we have the Silent Generation, the Baby Boomers, Generation X, the Millennial Generation and finally the Generation Z. Each generation has characteristics that identify them and how they relate to leadership and culture in general.

For the church to be divided by those characteristics as the world has been, is not reflecting the true Body of Christ . As a church, we are meant to grow together, serve together and love together. Fulfilling the Great Commission will take all generations.

Most churches in America today tend to fall into two camps; the first is those who have decided to reach people over the age of fifty, and the truth is that these churches are declining in membership and many are closing their doors. The second camp has decided to primarily reach the younger generation, these churches are often growing in numbers but they are struggling to meet their budgets.

Neither of these models of church is correct, we need to be churches that keep the Gospel message as our central theme. As we do that, we will experience a unity that is uncommon, a unity that will break down any man-made barriers.

The 1st century church also faced challenges in the area of unity. When the Gentiles began to believe that Jesus is the Son of God, the Christian Jews were faced with a real challenge, whether to accept them or to let them form their own churches and continue to be separated. However, God called them together into an example of unity that we follow to this day, admittedly some days better than others. As Paul wrote in Romans 12:3, humility is the key, realizing that each of us are only saved by the grace of God.

The Apostle Paul also wrote a letter to a man by the name of Titus in AD 66, who was overseeing the growth and planting of new churches in the island of Crete. The church in Crete was probably founded by people from Crete who heard Peter preach at Pentecost. These churches were multi-generational, however the churches in Crete were struggling because of false teaching that had crept in from people seeking to profit from the churches. Paul instructed Titus to teach the truth, to train up elders or pastors and to firmly establish the church on the truth of the Gospel. Paul gives Titus some very practical advice. He begins the second chapter with the statement, “teach what is appropriate to sound doctrine”. Paul encourages Titus to teach the truth, without truth, the church will not be healthy.

Paul tells Titus to teach four categories of people, the older men, the older women, the young women and the young men.

Starting with the older men, those over the age of 50, Paul says teach them to be “temperate, worthy of respect, self-controlled, and sound in faith, in love and in endurance.” The senior men in the congregation are to exhibit a depth of character and self-control that comes with seniority and maturity. Paul is saying that the young people are looking to you; they want to see that you control your temper, that you are not impulsive and easily swayed, which is the stability that has marked the Silent Generation.

In addition to character, the senior men are to exhibit a sound faith. Demonstrating a faith that has been tested for some years, it is faith with some battle scars. Paul lists three cardinal Christian virtues – Faith, Love and endurance.
Faith – believing God, trusting Him for the future because you have seen that He has been faithful in your past.
Love – serving others, the silent generation is characterized by people who desire to serve others before they expect to be served.
Endurance – seniors know that it takes discipline and endurance to live the Christian life.

Then Paul tells Timothy to teach the older women to avoid moral failure by sitting around drinking wine and gossiping amongst themselves. The real problem is not the slander or the drinking; the real problem is the misuse of time. Rather than waste time doing what is wrong, “Teach what is good” (v 3b). The older women are to set an example, not only teachimg by verbal instruction, but by being a living example.

If you are one of our senior citizens, what are you doing to sow into the next generation? The best way is to come alongside a young believer and disciple them. The younger generation of believers is passionate and hungry for reality, and they also want to be challenged. But they want to see the truth of the Gospel lived out in those who go before them.  Unfortunately, many of our churches are full of good traditions but weak on passion. Many people have the misconception that attending church is enough. People go to church, attend Sunday School and even serve in the church for decades, yet they are not growing in their relationship with the Lord (see Hebrews 5:12).

My prayer is that our young people look to our seniors because they see in their lives a hunger and passion for the Lord. Are you growing in your walk with the Lord? Because those coming behind you are watching to see if it is real for you, if you practice what you have learned (see Psalm 145:4).

We have an extraordinary opportunity to be a part of something that is uncommon in the world today, a world that draws deep dividing lines between the generations. We have the opportunity, because of the power of the Gospel to be united in vision and passion as the Body of Christ. We must not to be satisfied by being multi-generational, with multiple generations in one room; rather we are to become inter-generational, working together for the Gospel.